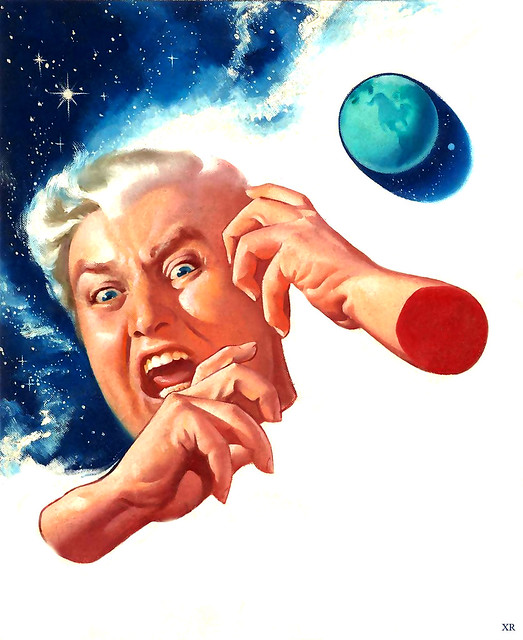 AKERS OF A recently released virtual reality Twilight Zone episode called "President Donald J. Trump" have announced an immediate recall after millions of Americans were severely sickened by the "terrifyingly authentic" effects of a virtual world in which real-estate tycoon Donald Trump actually wins the 2016 U.S. presidential election, unleashing a series of bizarre events that threaten the most powerful western democracy on earth.

"It was just too horrible for words," said Jack Michaels from Seattle, Washington, who said he "usually can take pretty much anything VR can throw at me." The 44-year-old man described becoming "nauseous" as President-elect Trump huddled with alt-right anti-Semite Steve Bannon, who, in the Twilight Zone story, has been named Trump's Chief Strategist.

Later in the episode, now-President Trump takes calls in the Oval Office from Vladimir Putin, "who is advising Trump to skip regular press conferences and ramp up his anti-media tweets," said Michaels. Meanwhile, Trump's children run his businesses from their White House offices, while scores of people are being deported out of the U.S. daily.

The company handling the Trump recall says that customers' most common reason for returning the product "was that the story unfolds not as a video game, in which players have some control over how things will play out, but rather as an uncontrollable nightmare during which this unpredictable narcissist acts out his power fantasies."

Meanwhile, excerpted transcripts of the frightening Twilight Zone episode have made it onto major websites, such as Google News and even The New York Times, causing millions of Americans who did not buy the game to react in panic, believing that the U.S. presidency had actually been taken over by an incompetent, ranting business man and his band of loyal henchmen.

"We are truly sorry if we have unduly frightened anyone here in the U.S. or around the world," said a spokesman for the company that produced the Trump episode. "Please return your copy, no questions asked, and allow us to offer everyone a free copy of our brand-new release, 'Elizabeth Warren: Madame President.' It, too, is a fantasy, but will leave you smiling instead of screaming."