Extra credit would have been awarded for crumble topping. 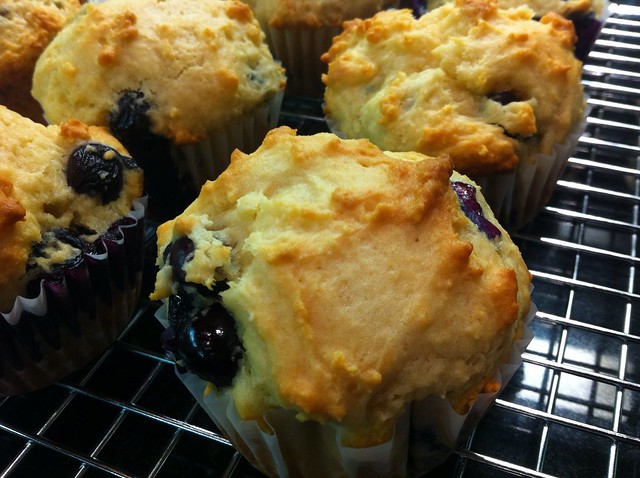 N A STATEMENT issued by New York's Metropolitan Better Business Bureau, the ratings agency confirmed that Donald Trump's controversial and now-shuttered Trump University received a grade as low as D-minus, but never quite an F, "because," said BBB spokeswoman Claire Rosenzweig, "the cafeteria for the New York City branch of Trump U carried blueberry muffins that students consistently rated 'not half bad.' "

Explained Ms. Rosenzweig, "Coming from New Yorkers, 'not half bad' is high praise indeed, so we could not in all fairness rate Trump University an 'F.' "

However, the D-minus rating, which resulted mainly from complaints about the quality of Trump U's curricula and teaching staff, "also reflected the university's unwillingness to distribute these tasty muffins to campuses outside the New York metro area," said Ms. Rosenzweig.

"Word quickly spread around the country that favoritism was in play," she said. "Students knew that if you wanted a decent blueberry muffin at Trump U in, say, San Diego, you could just forget it."

Donald Trump, though attempting to distance himself from the defunct school bearing his name, insisted to reporters in Florida that "all of our amazing campus cafeterias had the best blueberry muffins. You couldn't find more amazing muffins anywhere else in the world, I'm telling you."

"We are stopping short of calling Mr. Trump's actions a bribe," she stated. "The muffins are delicious, but the D-minus stands."