Trump Proposes 'Humane' Camps for Women Who 'Have Lost Their Hotness' 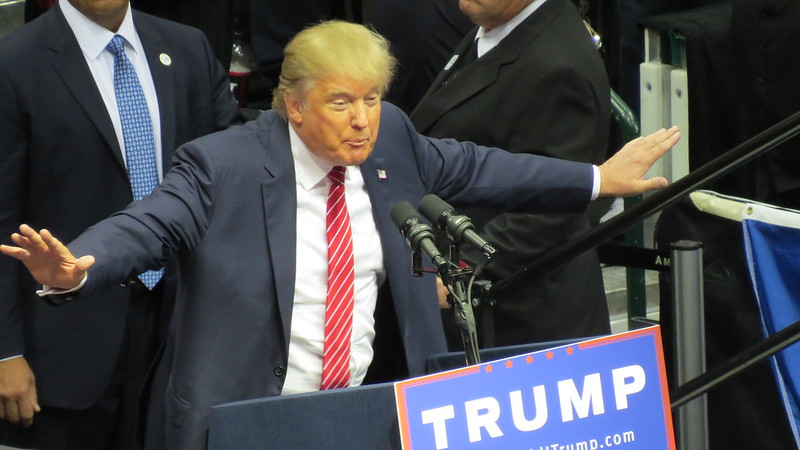 HILE CAMPAIGNING in California yesterday, presidential candidate Donald Trump unveiled what is likely to be one of his most controversial proposals yet. For his first term in office, Mr. Trump pledged to open his premier "humane retirement camp" for women in the U.S. who "have lost their hotness."

Trump told reporters after a campaign speech, "There is nothing sadder, frankly, than a woman who was once young and beautiful who is now—I hate to say it but it's true—starting to look like an old hag. Not like a really old hag yet, but just not a beautiful young lady anymore. That is just sad, I have to say it," shrugged the still-popular candidate.

The cut-off age for a woman's hotness, said Trump, "depends on a lot of things. A lot of factors. Hey, I've dated plenty of women who were hotter than their daughters, okay? Doesn't happen a lot, but it happens. But, in general, I'd say we have to start moving these women into camps—and let me just say, these camps are going to be terrific: big, luxurious, like another Trump resort, really—say around 46? 47?

"I'm just saying what needs to be said, that's why all these great people came here to see me today, " said Trump, waving his arm toward the crowd. "All the people here are great. And they want action. And I'm going to give them plenty of action."

Trump's current wife, Melania, who, the candidate says, "is an extremely hot 45-year-old. I don't think she'll mind me telling you her age," is reportedly in favor of her husband's idea, and, according to Trump "is willing to go whenever I say the word, although, I'm telling you, that woman is so hot at 45, I think she's got at least five years before she starts to lose it a little.

"It really depends on how a woman takes care of herself, and Melania is just phenomenal at taking care of herself. I should know, I pay for it. But I don't mind! I mean, look at the results!"

When a reporter asked whether Trump would create similar camps for men, the candidate smiled and said, "We are going to be looking at a lot of things when I'm president, okay? A lot of things."