"I just can't do this anymore," claims pooch. 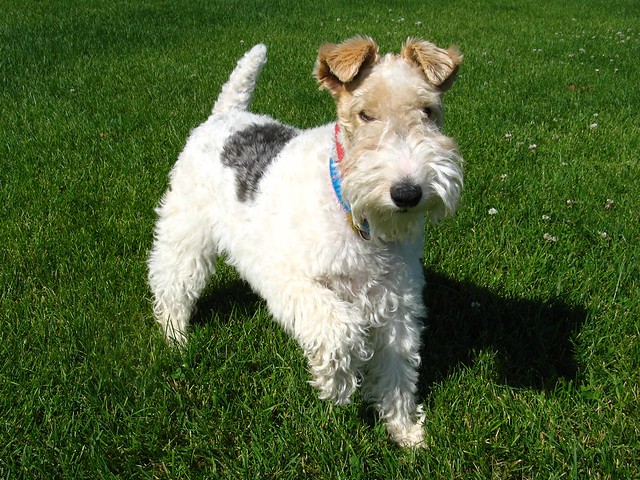 WIRE-FOX TERRIER named Bryce says his days of fetching balls, sticks, and other objects thrown by his master, Richard, are over.

"I was bringing a stick back to Richard a couple of weeks ago," Bryce recalled, "when it suddenly dawned on me: fetching is a completely meaningless activity! He's just going to throw it again, and I'm going to bring it back. But what's the point?" Bryce asked. "There is none, as it turns out. It's existentially pointless. I just can't do this anymore," the terrier insisted.

Conceding that fetching was "not a bad form of exercise," Bryce said the activity "is, nonetheless, basically a time killer, and thus only serves to highlight the few short years we have here on earth to dig, bark, sniff private parts, and procreate."

Bryce said he would still continue to fetch "meaningful objects" such as socks, underwear, squeak toys, and dead birds, "but only if I'm transporting them to a logical location, by which I mean my bed, Richard's bed, the living-room couch, or a special house guest," he explained.

"And I refuse, repeat, refuse to fetch any such object a second time simply because Richard threw it again," stipulated Bryce. "I will not fall for that nonsense."

The terrier insisted he was not trying to be a difficult dog, "but rather a dog that does things for a reason. For example, I won't sniff your crotch any longer than is absolutely necessary to confirm your identity. Once is usually enough, twice only if I'm getting you confused with someone else, which can happen on a windy day," he said.

Among the activities Bryce sees "no reason to discontinue at this time" are swimming, running obstacle courses, chasing small woodland creatures, and tug-of-war with Richard and a blanket.