Marco Rubio Campaign Shifts to 'President in His Mind' Strategy

Using only his imagination, Rubio has "just won all Super Tuesday states." 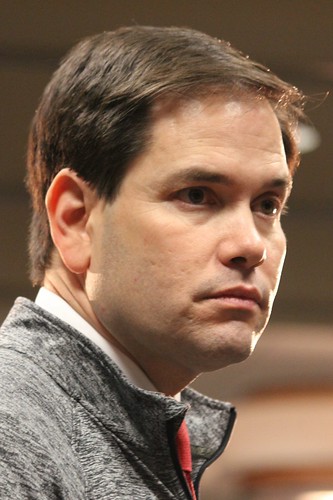 ITH THE actual delegate count looking quite grim for Republican presidential hopeful Senator Marco Rubio after Super Tuesday's contests, the Rubio camp has announced it has shifted gears to a brand-new strategy that has their candidate easily soaring toward the presidency.

"On behalf of Senator Marco Rubio, I am very excited to announce our new 'President in His Mind' strategy for winning the presidency in 2016," Mr. Harris began.

"As a result of our new game plan, we are pleased to inform you here today that Marco Rubio has, using his imagination, just won all Super Tuesday states, and is mentally on his way to soundly defeating Donald Trump for the Republican nomination," said Harris.

"We are taking imaginary steps as we speak to build an unstoppable coalition of high-status endorsements that will make Chris Christie and Jeff Sessions look like cub scouts," Harris said of the two men who recently endorsed Donald Trump.

Senator Rubio is said to be putting together his imaginary cabinet for when he becomes president in his own mind next January. On tap for Secretary of State are "either Superman or Spiderman," according to one insider, "depending on their availability when not fighting crime."

The wildly pretend-popular Rubio has, according to another source, become emboldened enough by his newly found fauxcess to believe the American people "will demand on day one of Rubio's term that a special prosecutor immediately find Donald Trump guilty of treason and have him either shot or, at the very least, shot into space to keep America safe."

For the rest of the primary schedule Rubio intends, according to a staffer, "to chill by the pool until the Republican convention in Philadelphia" since his nomination is an imaginary slam dunk.