Michigan Gov. Snyder: 'I Will Not Rest Until Every Man, Woman, and Child in Flint Is Dead'

Lead poisoning in the water didn't do it. Running out of fresh water to distribute didn't do it. But the Governor is optimistic that the new outbreak of Legionnaires' disease "will make it happen." 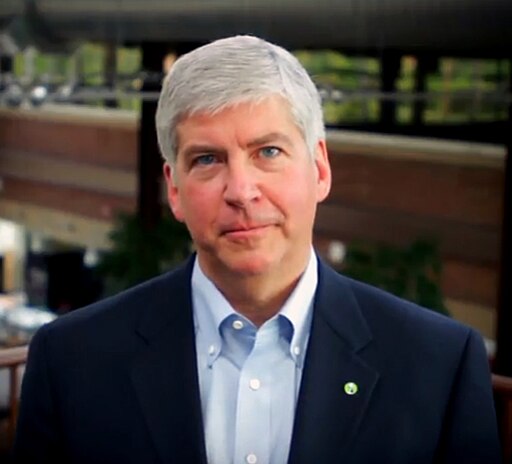 INCE THE discovery of toxic levels of lead in Flint, Michigan's water supply—due to Governor Rick Snyder's decision two years ago to pump water from the Flint River to save money—the Governor has shown little interest in the city's pleas for action.

However, now that Flint residents are dying from an alarming spike in Legionnaires' disease, Governor Snyder is finally showing signs of motivation. In a press conference last evening, the Governor stated, with uncharacteristic zeal, his commitment to the people of Flint.

"I will not rest until every man, woman, and child in Flint is dead," the Governor vowed.

"We were unable to meet our goals by means of lead poisoning, unfortunately," he stated. "This method simply appears to affect brain development in children for the most part.

"And almost immediately running out of bottled water also turned out not to be our best effort, frankly," the Governor admitted. "Dehydration can take weeks to kill someone, plus before you know it I was pressured to activate the National Guard to provide water to all of our Flint citizens. This, by the way, is just another example of overreach by the news media, in my opinion. Getting the Guard involved never would have happened on my watch otherwise," said the Governor.

Thus far, ten people in Flint's Genesee county have died of Legionnaires' disease, and many more sickened, "a sign that we're finally getting somewhere," Governor Snyder said. Since over 90% of Legionnaires' cases stem from a water-borne form of bacteria, the Governor said he was "optimistic" that this latest calamity in Flint "will make it happen," although the Governor admitted he had "no way of knowing we'd get this lucky," adding, "I'm no city planner, but I'll take it."

Even if Flint residents survive this latest health crisis, corrosion caused by the Flint River may have damaged water pipes badly enough to ensure that lead will continue to leach into any water pumped through them. Said Governor Snyder, “Although it's an unfortunate possibility if I gave a rip, it's kind of a good thing if I don't care about the lives of Flint residents, which, duh, I don't."