Obama, Biden, Kerry Didn't Have 'A Thing to Wear' for Paris Unity Rally

U.S. leaders stared helplessly into their closets while the rest of the Western world marched. 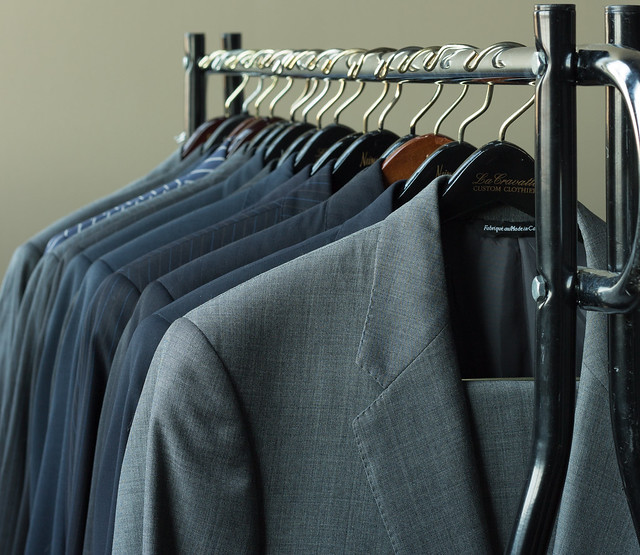 S THE WORLD reacted to the glaring omission of a United States world leader at last Sunday's Paris unity rally against the terror attack that killed a dozen Charlie Hebdo staff members, the White House responded late yesterday with claims that none of the three men who might have properly represented the U. S. in Paris had "a thing to wear."

Responding to questions about the lack of a U.S. presence at the unity rally, Mr. Earnest said, "neither President Obama, nor Vice-President Biden, nor Secretary of State John Kerry could find a thing to wear to the rally."

Mr. Earnest painted a picture of the three highest officials in U.S. government "staring helplessly into their closets" as time ticked away for any of the three to make it in time to join other major world leaders in displaying solidarity against the horrific attacks.

"We have to keep in mind that Paris is the fashion capital of the world," said Mr. Earnest. "You can't just throw on any old suit to one of their rallies."

A reporter pointed out that Secretary of State Kerry was fluent in French and "surely would have some ideas on what to wear to such an occasion in France."

"Not necessarily," replied the Press Secretary. "Speaking French and outfitting oneself to the French sartorial standard are two different skill sets entirely."

Mr. Earnest denied that President Obama was frittering the time away watching football on television when he could have been at least delegating a representative to the Paris rally.

"No, no, not at all," Earnest responded. "The President was hard at work staring into his closet and not coming up with anything. It was so stressful for him he almost started smoking again."

Press Secretary Earnest ended the questioning by saying that the President "was cognizant of how awful and thoughtless the missing dignitary situation looked," and said the White House would avert future such embarrassments by "letting other world leaders know in real time that he, Biden, and Kerry can't find anything to wear."