Supreme Court justice feeling much more like his old self again. 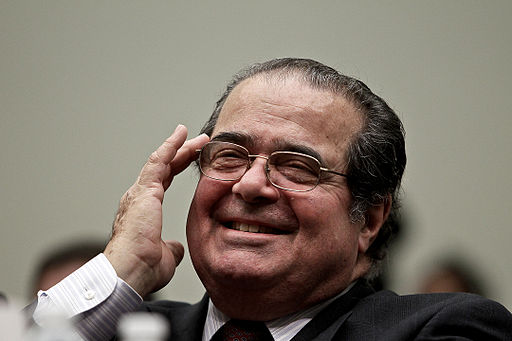 ONSERVATIVE Supreme Court Justice Antonin Scalia has recovered nicely from what one close family friend and confidant characterized as "his shock and disgust over being seated on the high court during the ruling allowing gay marriage in all 50 states."

Justice Scalia's friend credited "Tony's majority ruling in favor of the executions in Oklahoma," adding that Scalia "really perked up when he got to the 'cruel and unusual punishment' argument" relating to Oklahoma's intent to use drugs that might make the executions slow and painful.

"Tony is at his best when he's arguing that something you and I might think is cruel and unusual is actually not that bad," said the justice's friend.

"For instance, I thought water-boarding was torture, but by the time Tony was done arguing his side, I realized it's just a very wet experience that will, by molecular properties unique to water, get me to say anything to make it stop."

Likewise, Scalia's family friend said the conservative justice "convinced me, with his masterful gifts of argumentation" that lethal injection with drugs that prolong executions "were actually prolonging life, thus allowing the condemned, while floating in a comfortable dream world provided by modern drugs, more than enough time to realize the error of their ways, find true contrition, and confess to God just in the nick of time to avoid spending an eternity in Hell. So you see, we're doing these murderous scumbags a big favor, to put it mildly."

Justice Scalia's return to normal was further aided by the court's next majority ruling, this time against the EPA, thus allowing more mercury, arsenic, and other toxic gases to be released into the atmosphere.

Scalia's family friend said the justice was planning a celebratory barbecue, "after which, just for old time's sake, he'll bring out his secret cache of mercury thermometers and break some of them so the grandkids can play with those fun little mercury balls."