Most Obnoxious Person Who Ever Lived Subject to Change, Teen Admits

Right now it is totally her younger brother. 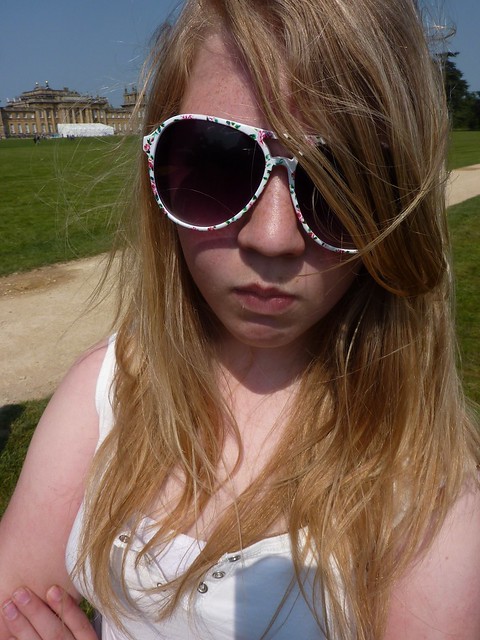 TEENAGE GIRL from Ames, Iowa confirmed that the person who ranks as the most obnoxious person who ever lived can and does change on a regular basis.

Cayla G., thirteen, said her younger brother Jason is at present "the most obnoxious creature in the universe," but admits this is not a permanent condition.

"Yesterday, it was totally my history teacher, Mr. Leland, because he gave us the most obnoxious homework any teacher has ever given us EVER. But today it is totally my brother."

Among the requirements for holding the position of Most Obnoxious include knowing Cayla, being between the ages of six "and completely ancient or something, like Grammy," not respecting Cayla's privacy, not appreciating Cayla's tastes in music and fashion, and "doing totally obnoxious things" to or in front of Cayla.

"Jason kept kicking me at breakfast," she explained. "He is so immature I am like throwing UP to be in the same family."

Cayla went on to explain that an individual can be named the Most Obnoxious Person Who Ever Lived an unlimited number of times. Her brother Jason holds the distinction of being so named eight times out of the last twelve.

"It would be nine," Cayla said, "except that my best friend Marg colored her hair WITHOUT EVEN TELLING ME, so I had to look like a total DORK at school when stupid Ally could tell I didn't know about it first. Marg, DON'T EVER DO THAT TO ME AGAIN, or it is OVER!!"

Cayla said that as soon as she begins her history homework tonight, Mr. Leland will once again take his rightful place as the current Most Obnoxious Person Who Ever Lived.

"I can't believe he gave us all this homework," she bemoaned. "Mr. Leland is totally the most obnoxious person EVER."