"There is so much darn freedom in this bill," boasts senator. 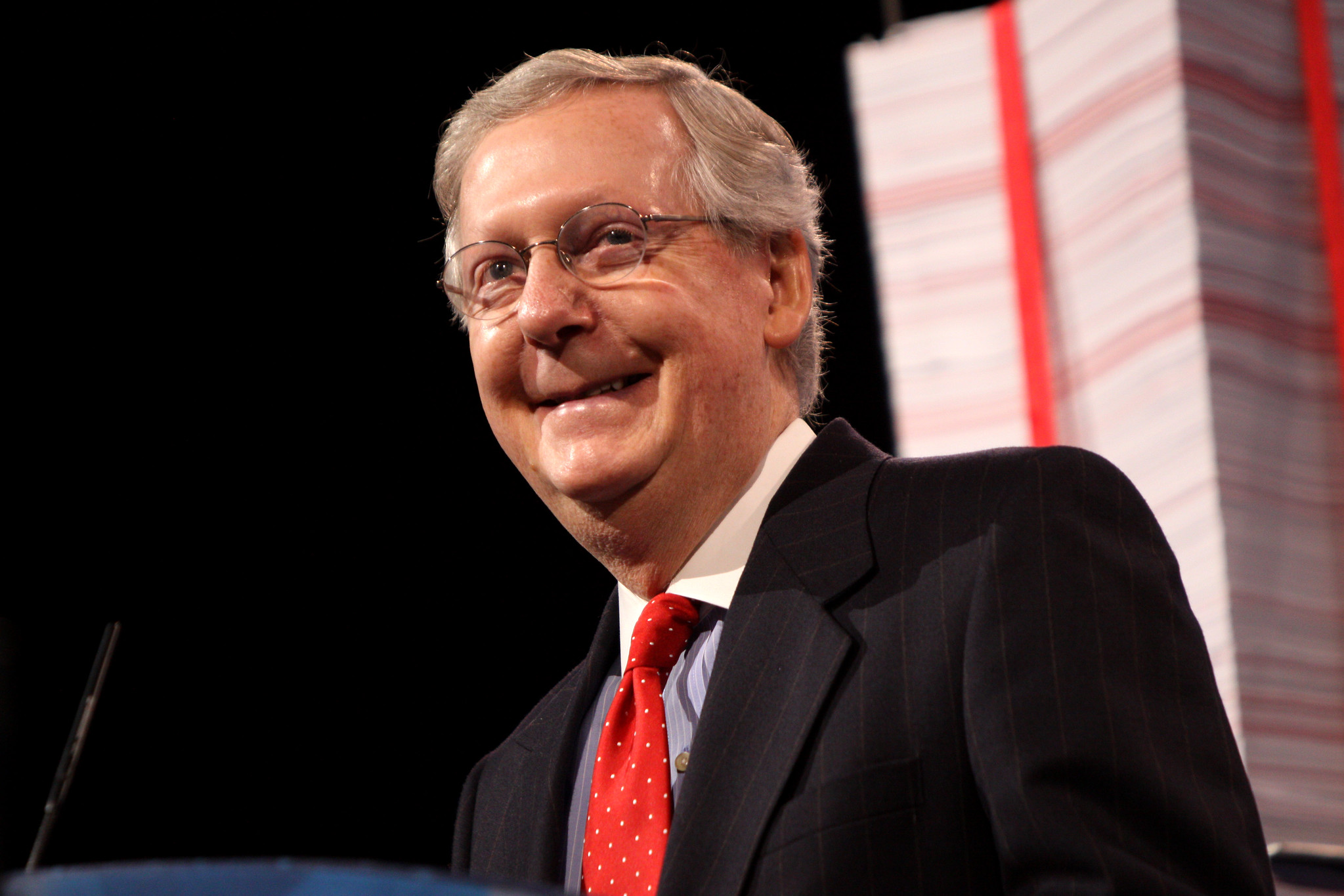 ENATE MAJORITY Leader Mitch McConnell has broken his silence about the AHCA, which he and a small cadre of Republican senators have been drafting in almost complete secrecy behind closed doors.

Boasting of the bill’s "many excellent features," McConnell said that "freedom is what we love most about our bill."

When asked to elaborate, McConnell said, "I don't know about you, but I don't want government telling me I have to see a doctor every time I don't feel one-hundred percent. With our bill, Americans will have the freedom to say 'Heck, I don't need a doctor for this pesky wound. Wildflower honey'll heal it up just fine.'"

But even better than that, said McConnell, is "the freedom from voter id requirements built right into this bill." With 23 million Americans thrown off of health insurance, plus the millions more who won't be eligible for Medicaid as it shrinks, tens of thousands of American each year will die or be too ill to vote. McConnell says he's "looking on the bright side, like I always do," adding "all those lucky Americans will never need to worry again about having just the right voter id. I suspect voting will be the last thing on their minds."

With Republican bills in scores of states around the U.S. trying to toughen voter id laws, "millions of Americans can breathe easier, right up until the last stages of whatever the heck they've got, knowing they will never need proper voter id again," said McConnell.

"There is so much darn freedom in this bill," he added, chuckling.

In fact, given how effective the AHCA will be in driving down voter registration rolls, McConnell confirmed reports that he and several other Republican senators are considering replacing pending voter id legislation in their states with the AHCA, "killing two birds with one stone, so to speak," said McConnell.

"I hope our bill puts the final nail in the coffin to the idea that Congress doesn't get things done," said the Senate Majority Leader. "If you don't vote again, we want your last vote to count, by gosh."