Kardashian's "transition back to normal, civilian life" will take time. 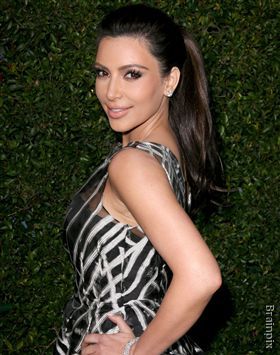 .S. INTELLIGENCE officials have confirmed that Iran’s cyber-crime unit has uncovered what had been the Central Intelligence Agency’s most successful undercover espionage operation since the Cold War.

At a press briefing, a spokesman for the CIA said Iran "had somehow, and quite expertly, managed to destroy the cover of our finest covert operator, Ms. Kim Kardashian, in her efforts to subvert and corrupt Iranian youth, particularly its female youth, by means of her expert manipulations of social media.

"As a result of Iran's discovery, the U.S. will immediately decommission all operations involving Ms. Kardashian," continued the spokesman, "who is now free to live her life as an everyday American: raising her children with her husband Kanye, working, and participating in other, normal activities of community life."

The CIA spokesman admitted in his briefing that Kardashian's constant stream of racy selfies, appearances on Instagram and television, and even her role-playing app, "Kim Kardashian: Hollywood," were all "ongoing attempts to undermine the Islamic Republic. The U.S. was getting this close to 100 percent corruption of Iranian youth, so naturally we were deeply disappointed that Ms. Kardashian's risky and patriotic work on behalf of her country was thwarted by Iran's fiendishly clever cyber-crime unit."

For her part, Ms. Kardashian seemed to continue playing her uncover role with relish, as she accepted a Webby award with the defiant words, "Selfies until I die." Others point to the outed spy's husband, Kanye West, who creates unwearable fashions and engages in rants that some speculate might be some sort of secret code.

"These are all unsubstantiated rumors," said the CIA spokesman. "All I can tell you is, when you have played the role of a self-absorbed, shallow celebrity for your country as long as Ms. Kardashian has, it's incredibly difficult to transition back to normal, civilian life. It's just a measure of what a supremely talented undercover agent America has lost."