And Trump had better think twice about being mean to any son of Barbara. 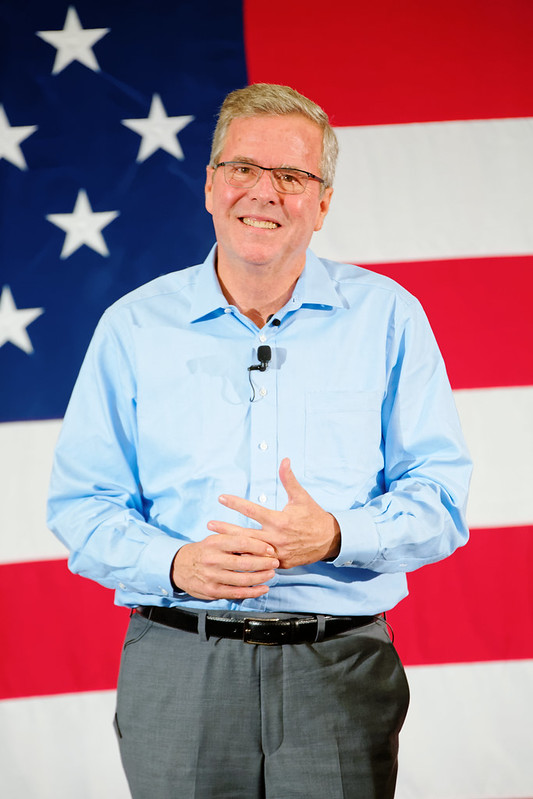 TRUGGLING Republican presidential candidate Jeb Bush has been joined in New Hampshire by his mother, former First Lady Barbara Bush, in an effort to boost his campaign in the Granite State.

Mrs. Bush, known for her no-nonsense manner, is said to be a welcome addition to Jeb's corner, as the former Governor of Florida not only made a poor showing in Monday's Iowa Caucus, but was also gleefully bullied in debates by rival Donald Trump.

The candidate's mom was said to be "very, very disappointed in Iowa" for what she called "their shabby treatment of my boy," and expects New Hampshire to "behave itself" by giving Jeb "the win he so clearly deserves."

Mrs. Bush has already taken to the podium on behalf of her son. "Vote for my little boy!" she said at a rally in Keene, "or I'll twist your ears until you beg for mercy."

Asked to comment on Donald Trump, Jeb's mother sniffed and called the real-estate tycoon "a bully from New York who was very, very mean to my boy."

The former First Lady said she planned "to have a little talk with Donald, just the two of us," a meeting she hoped would "make him think twice about coming after a man whose parents are still protected by the Secret Service. All I have to do is make one little call, if you catch my drift, Donald Trump."