With Greece Properly Subdued, Germany Prepares for Another Invasion of Poland

"Bringing countries to heel is what we do best," Merkel reminds world. 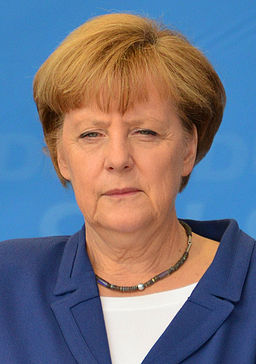 FTER LENDING billions to Greece during the real-estate boom, then imposing harsh austerity after the financial crash, and finally setting impossible conditions for paying it all back, Germany, according to Chancellor Angela Merkel, is "quite pleased with the results" of the campaign to subdue Greece, and is now looking forward to invading Poland again.

”Bringing countries to heel is what we do best," Merkel said to reporters after a meeting with her defense ministers. "It feels so good to put Deutschland back into the saddle once again."

The Chancellor assured world leaders that Poland would not be invaded with tanks and soldiers, referring to that method as "so 1939."

Merkel even balked at the word "invasion," saying it was "too strong a word, considering we are merely talking here about gentle persuasion, until Poland's small but genuine feelings are aligned with ours, and we are all in happy agreement that Germany's only mistake was ever leaving Poland in the first place.

"You see," added Merkel, "Germany can make a mistake every now and then. And we are not too proud to state these admissions! Especially when it is necessary in order to make little countries understand our terms."

Poland's president, Bronislaw Komorowski, said he was "now thinking twice" about joining the Eurozone in light of Merkel's announcement, "because we would really prefer not to be invaded by Germany again. So that's a sticking point."

In related news, Angela Merkel's recent anti-immigrant speech brought a young Palestinian girl in the audience to tears. Merkel did her best to console the youngster, promising to invade the State of Palestine so the girl could "be an official little German liebkind."