Husband Bill disappointed but said to be facing challenge with spirit of acceptance. 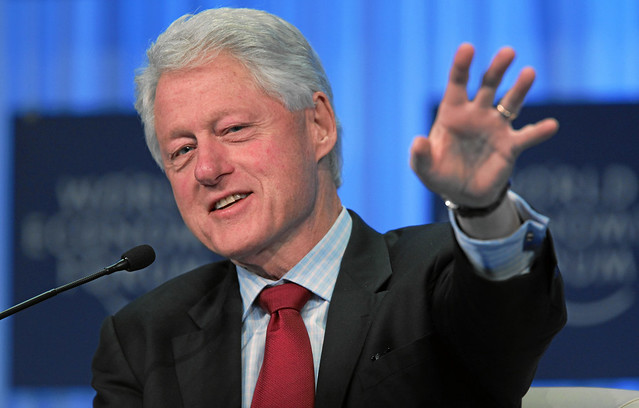 EMOCRATIC presidential candidate Hillary Clinton's inner circle is reported to be well along in its intern planning stages for another Clinton White House in 2017.

One insider source said the Hillary camp is on the lookout for a talented group of "strictly male" candidates "who can hit the ground running and not be distracted by requests—albeit friendly requests—from Bill Clinton for what we might call intramural sporting events."

Hillary's search team insists the "no females" policy is not discriminatory, but rather "a matter of basic practicality, considering that you-know-who will be roaming the White House halls once again, potentially looking for love in all the wrong places."

If the former Secretary must dip into a pool of female candidates, sources say she wants to be very hands-on and personally pick the women she thinks best-suited to brush off the advances of the First Man.

Said one insider close to Hillary's campaign, "Bill Clinton might be feeling a bit emasculated by his secondary role in a Hillary White House, and be tempted to show female interns he's still got what it takes to stain a dress. Hillary wants to be sure any young female staff she hires can 'just say no' to the former President."

Should one or more female interns make it onto Hillary's team, her staff have also been asked to brainstorm some additional safeguards to ensure a grope-free experience in the second Clinton White House.

Ideas floated include safety gates normally used to keep children from stairs, invisible fencing, and, perhaps the most controversial, micro-chipping the former president with a GPS tracking device.

"Nothing's off the table, frankly," said one Hillary campaign staffer. "We don't want our long battle for the White House to land us in hot water simply because we failed to triangulate the former President's location up an intern's skirt."