To increase the chances of the outgoing Speaker landing on their staff roster, lobbying groups are competing in the luxury hankie arena for the day Boehner hits the ground sobbing. 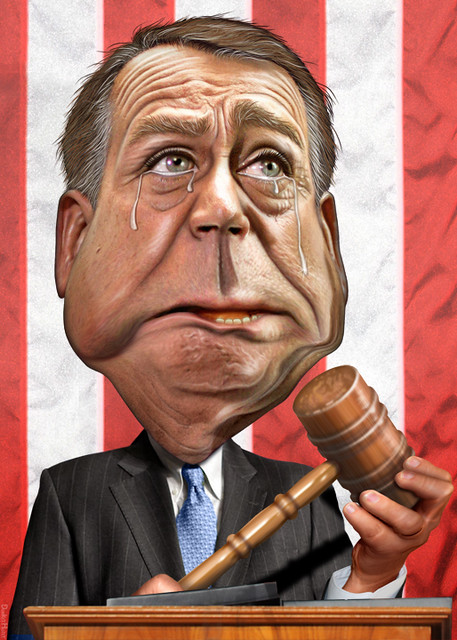 N ANTICIPATION of Speaker of the House John Boehner's revolving-door move into the world of lobbying, organizations that wish to attract the Weeping One have pulled out all the hankie stops to compete for his consideration.

According to Washington insiders, the tearful Speaker will not want for an endless supply of luxurious handkerchiefs, no matter which lobbying firm he chooses.

"Everyone knows Boehner is a catch, even though he can break down at the mention of someone's dog going to the groomer's," said one anonymous Washington source. "I personally have never seen so many designs for men's handkerchiefs in my life," he confirmed.

To distinguish themselves to Mr. Boehner, lobbying firms are sending free hankie samples to the misty-eyed Speaker in hopes that their style will woo his waterworks onto their staff roster.

Just a sampling of custom selections so far include:


- a cotton-silk blend monogrammed and folded into an origami teardrop;

Experts on Boehner's weeping patterns are predicting that the pajama handkerchief “will beat out the competition,” said the Washington source, adding, "although, once he gets a load of that p.j. pattern from his childhood, he's likely to be a slobbering mess o' Boehner for a good couple of weeks."