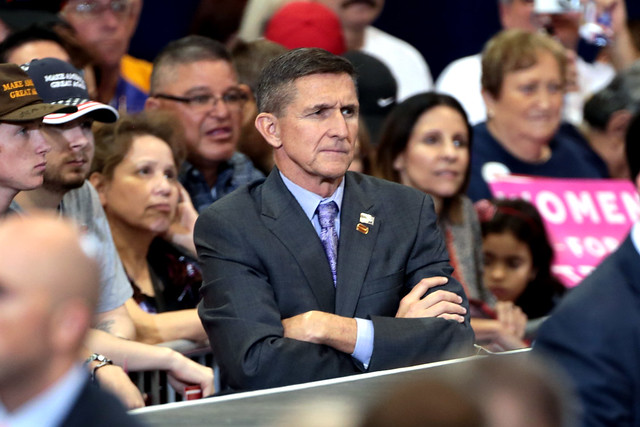 ENERAL Michael Flynn, who resigned Monday as National Security Adviser due to possible illegal conversations with Russian officials, has told friends he plans "to decompress" from recent events by taking "an extremely leisurely vacation cruise" on the Russian ship that was spotted off the East Coast of the United States.

Although most observers believe the Russian ship is a spy vessel, Flynn has insisted, according to a close confidant, "that it's actually a cruise ship, just like Carnival." Flynn also stated that President Trump "personally placed a call to his favorite travel agent" to arrange "a very attractive, one-way fare," so Flynn could take time to relax "for one, maybe two, presidential terms" before returning home, as Flynn said, "to the arms of my loving family as if nothing had happened, because it didn't."

Flynn would not reveal his precise destination on the one-way journey; however his confidant said the former NSA official "was clearly looking forward to relaxing with a few close friends, attending dinners, and taking spas at his favorite banya in St. Petersburg."

The freshly resigned adviser will not be joined by his wife, who has said the decision "was perfectly normal. I, um, become so very sea sick! So you see it isn't possible for me to join Mike on that ship, which is a vacation cruise line. Like Carnival!"

Meanwhile, news outlets have learned that the Russian cruise company transporting General Flynn to destinations unknown also has generously offered an ultra-low, one-way fare to the United States to Edward Snowden. The long-time Russian guest could not be reached for comment, but is rumored to have just taken up the hobby of dog-sledding along the border with Finland.