Leaks abound under belts inside Beltway. 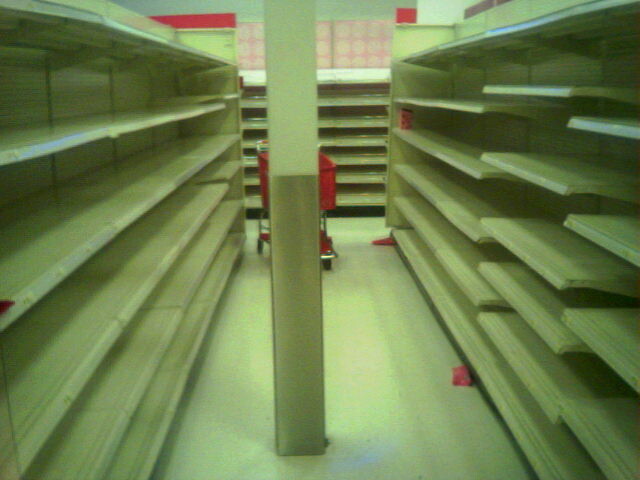 "I need Depends for occasional, shall we say, leaking," whispered an attractively dressed woman in her 70s. "But the manager says they're out. What's going on?"

Congressional Republicans are apparently to blame for the run on the popular disposable underwear. No sooner had Pelosi finished her announcement and walked away from the podium than Republican aides and interns were spotted running into D.C. grocery and drug stores, madly clearing the shelves of every incontinence product within reach.

Said one stock boy who witnessed "the stampede" for himself, "It was like watching one of those game shows where you have one minute to fill your shopping cart with as much stuff as you can. Except it was all Depends."

One shopper called police after she was pushed to the floor "by a very rude young man who grabbed my package of Depends right out of my hand! What am I supposed to do now??"

District police are reviewing surveillance footage to help in the identification of the Depends perpetrators, some of whom did not even bother to pay for the disposable underwear, but rather ran their overflowing carts directly to the Senate and House office chambers.

A spokeswoman for Capitol Hill tourism issued a brief statement on the impact of the Depends run on tourists visiting historic buildings in the area:

"We ask the public's patience as they navigate around a few hundred shopping carts during their sightseeing tours. We hope to have the carts cleared very soon."

The chief of the DC Police spoke to reporters outside of headquarters.

"We won't tolerate lawlessness in D.C.," he began. "Although we sympathize with Republican lawmakers for their current situation, which, frankly, would make anyone a little incontinent, we can't allow our shelves to be cleared and our citizens roughed up. In short, if I might speak plainly, get a hold of yourselves, boys and girls. It'll all be over before you know it."