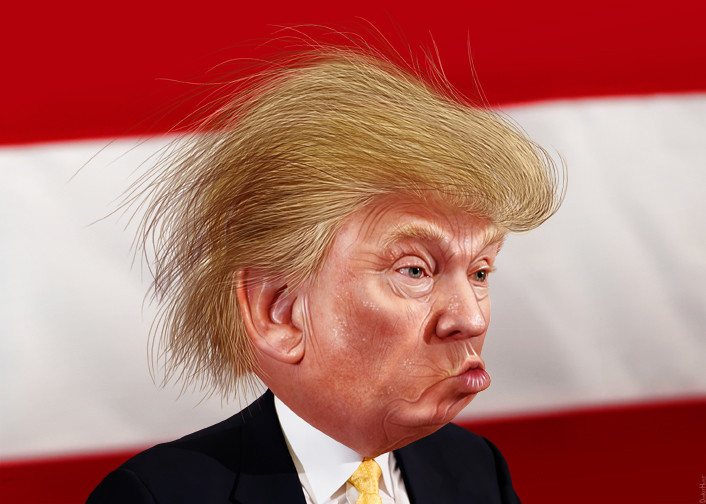 MID THE WAVE of creepy clown sightings sweeping the U.S. this Halloween season, one clown costume is surpassing all others in creepy popularity.

Sales of the "Donald J. Creepy" are "in a league of its own" according to costume store owner Larry Johnson of Ames, Iowa, and overall costume sales figures for the U.S. back up his assertion.

Said Johnson, "I've never seen anything like it in the 18 years I've been running my store. We've been struggling every day to keep the Donald J. Creepy on our shelves."

Ads for the creepy clown have only heightened its spooky mystique. The Donald J. Creepy has shown up unannounced in teenage pageant changing rooms, on creepy old radio shows such as Howard Stern's shock-jock program, and on celebrity buses with other creepy clowns such as Billy Bush.

"Before the Donald J. Creepy, none of my costume characters had the reputation of sticking their tongues down women's throats without warning, or pinning them up against the wall until the butler comes to save the day, or grabbing their you-know-whats on a commercial flight," Johnson said. "I mean, that is so creepy."

The popular 2016 Halloween costume is rated for ages 16 and above. Johnson says customers can find it "in the adult section of my store. Even though Donald J. Creepy is not as scary as Freddy Krueger, for instance, he's definitely creepy as hell, and we don't want to scare the little kids."