Says Americans "deserve to know what our President-elect is really, from his heart, trying to tell America and the world." 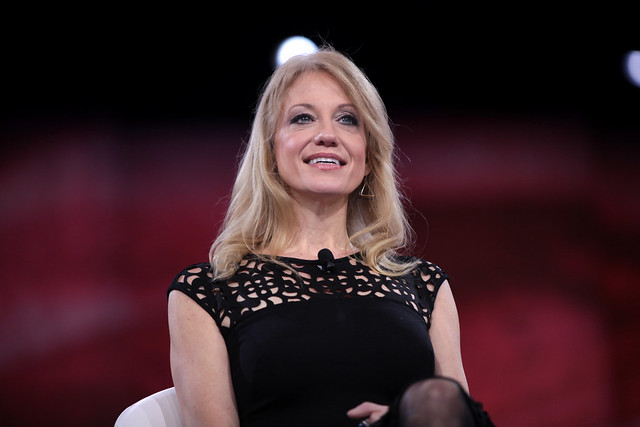 Spicer said Ms. Conway "will act as intermediary between President-elect Donald Trump and the press, some of whom, as we learned from Mr. Trump this morning, are a pile of garbage.' "

"Actually, Sean," said Ms. Conway, stepping up to the microphones, "what Mr. Trump meant by 'pile of garbage,' if I may just take a moment to look into his heart, is that the press is a sacred institution in our great country. He was just testing them to see if they would take the bait, because, and I'm letting his heart speak to me right now, it would truly pain Mr. Trump if any member of the press were not up to the task of informing the American people during this all-important transition of power."

"Oh. Well, Ms. Conway will be scheduling regular heart readings to clear up any misconceptions you pile—you members of this sacred institution may have arrived at through some bizarre interpretations of spoken or written words," said Spicer.

Reporters immediately began questioning Ms. Conway on some of Mr. Trump's recent tweets praising Russia and taking their word over U.S. intelligence on Russian involvement in hacking or providing fodder for damning dossiers on the President-elect.

"I have not had time to put together any formal heart readings for you today," said Ms. Conway, "but I can tell you, from all of the times over the last 24 hours that I have looked into Mr. Trump's heart, that it is breaking for his country, ladies and gentlemen.

"That's right. But our future president won't let you see that. Oh, no. He is holding it all in so that he can remain strong for you. And that is why, according to what I am seeing in Mr. Trump's heart, he has been tweeting in all caps and yelling at a CNN reporter. 'DON'T LOOK AT MY HEART BREAKING FOR MY COUNTRY!' he is saying. 'READ OR HEAR THESE WORDS INSTEAD!!' Now it all starts to make more sense, doesn't it?"

Sean Spicer quickly wiped a tear from his cheek as he closed the floor to any further questioning from the press corps.

"We will be certain to alert you just as soon as Kellyanne is ready for her next heart reading," he said. "Stay tuned. Lord knows I will."