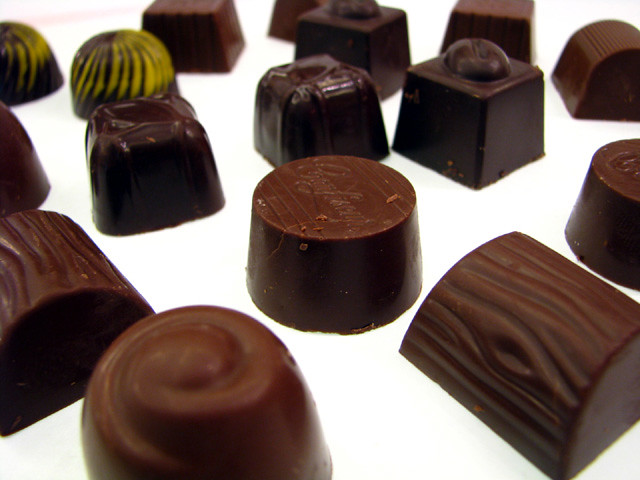 ORTY-EIGHT-year-old Jane L. from Ames, Iowa, admitted today that her faith in God had been "severely tested" when she read that the Ebola crisis in Africa could hurt chocolate production.

Because a significant percentage of the world's cocoa crops are grown in the afflicted regions of West Africa, millions of chocolate lovers may experience a noticeable shortage of their favorite confection, a scenario that has caused the normally faithful Iowan to plead with God several times each day.

"I say, 'Lord, why hast thou forsaken me, or at least caused me to put away stores and stores of chocolate I'm not even that fond of but must put away anyhow because the Mounds Almond was out no matter which store I drove to!!'" Jane explained.

The Ames resident says she is "the first to admit" that a chocolate shortage is not as critical as contracting or dying of Ebola, but was quick to remind us that "the Lord watches over even the lowly sparrow, so surely he watches over me as I experience severe chocolate withdrawal.

"I realize people might think that is no big deal," Jane explained, "but I am also trying to quit smoking. And that's on top of my occasional adult acne. Plus hot flashes. Oh, dear Lord!!"

However, just in the nick of time, Jane says she may have received an answer to prayer in her sleep.

"The other night I had a dream that a lovely blonde woman in a flowing gown suggested Raffaello bonbons," recalled Jane.

"She said to me, 'Jane, each delicious Raffaello has a whole almond encased in a decadent cream center, all enclosed in a crispy shell covered in coconut. This might suffice in the interim,'" recalled the Ames resident.

"It was definitely a holy miracle," claims Jane. "I'm telling you. Even if it was just Joan Rivers and not Mary, it's still a miracle."