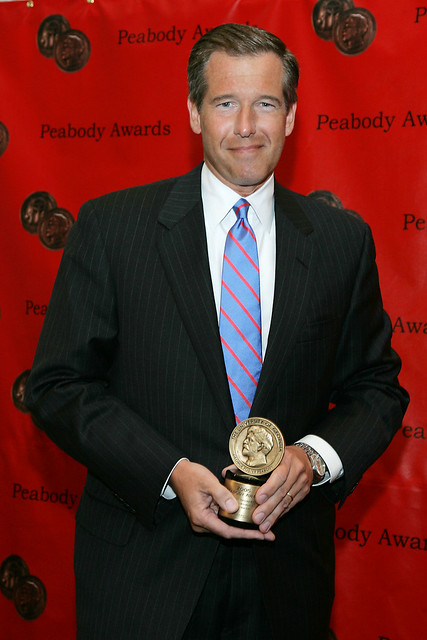 OT WISHING TO waste "one minute" of his six-month suspension as anchor of NBC's Nightly News program, Brian Williams announced that he blasted off for Mars yesterday morning "from an undisclosed location," but would be back in time to take his place in the news anchor chair again come August.

Citing his "personal and scientific friendships" with both Virgin Galactic owner Sir Richard Branson and Apollo 11 astronaut Buzz Aldrin, Williams claimed that space travel technology had "quite suddenly advanced in just the last couple of weeks" to the point that he could "safely travel to Mars and back in just under six months."

Mr. Williams said he would "enjoy tuning in to the Oscars" from his Virgin Galactic space capsule this coming Sunday evening, and would be especially on the lookout for the Best Director prize for either American Sniper or Selma, as he was "an uncredited co-director, not to mention producer, of both fine films, if I do say so myself."

NBC's suspended news anchor also plans to "Skype to the world" once he has reached the red planet, which Williams estimates will be around May 15th, "give or take."

Upon landing, the news veteran plans to "take a Mars walk and collect a few soil samples," and also to plant an NBC flag into Martian soil, "because without that great news organization, I would not have had this incredible opportunity to become the first human to step foot on Mars."

Virgin Galactic, according to Williams, also provided the news anchor with a small film crew to accompany him and record his space exploits, "to prove that this whole thing is completely above board."

When Mr. Williams was asked if he could put a member of the film crew on the line for a few questions, he explained, "my entire crew is taking a much-deserved nap at the moment. Zero gravity really takes it out of a person."